“The Grand Canyon State” is an expansive, diverse area of picturesque desert locales and snow–capped mountain wonderlands. It is also home to some of the top resorts and golf courses in the country. Arizona is built for the outdoor enthusiast, and with all the serene destinations it’s a great place to begin your detox and recovery.

Detoxification, or detox, cleanses the body of harmful toxins that have accumulated during drug or alcohol abuse. When someone is addicted to a mind-altering substance, their chemistry is altered in a way that inhibits their ability to resist those substances. Detox prepares the mind and body for rehabilitation treatment.

Detox often deters some substance abuse addicts. Not only because they’ll have to give up the substance they are addicted to, but because it can be an uncomfortable process that involves withdrawal. Withdrawal is an array of symptoms such as vomiting, nausea, tremors, hallucinations, and seizures. Withdrawals are deadly for those who are addicted to benzos and alcohol. We highly recommend these people go through detox at an accredited, medically supervised treatment center.

It’s important to remember that detox is only the first step in recovery. Detox doesn’t rehabilitate a substance abuser; it merely prepares them for it. 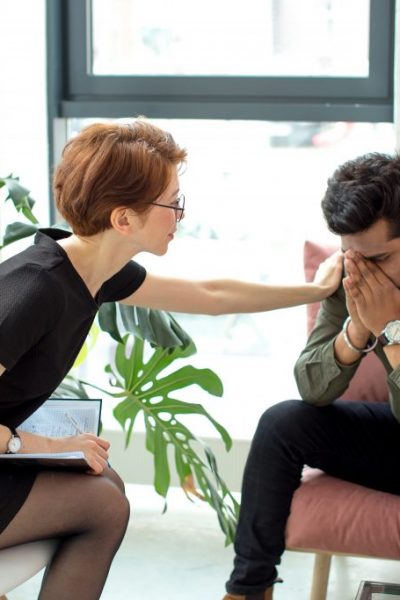 Depending on the type of substance abused, withdrawal symptoms can vary. Some can be as mild as a runny nose or sweating, while more serious side effects can include hallucinations, vomiting, and damage to the respiratory system. Some symptoms can cause suicidal thoughts or attempts, and paranoid delusions. For alcoholics, withdrawal can be an especially painful process, since they have built up a tolerance and it takes much longer for alcohol to leave our blood systems.

Drugs including Depressants such as barbiturates, benzodiazepines, and alcohol, usually require a steady reduction of the substance, or a prescribed medication to ease the symptoms. Stimulants such as meth, cocaine, and Ritalin, generally leave the body faster so the physical withdrawal is quick. However, people on these types of drugs may need more psychology and emotional support during their detox, as they generally used the drug to avoid unwanted feelings. When withdrawing from opiates like heroin, morphine, codeine, and OxyContin, there is usually a strong physical reaction. Symptoms can include stomach cramping, vomiting, diarrhea, muscle pain, depression, or anxiety. With all substance dependency, we recommend seeking a professional during the detoxperiod. They can help assess and minimize the withdrawal symptoms to make the transition as comfortable as possible.

Let Us Help With Your Next Intervention

The Steps of Detoxification

When someone first enrolls in a detox facility, they will receive an assessment to determine the substances they are using, the quantity, and their medical history. The client’s treatment plan is shaped by this assessment. Honesty is imperative at this stage to ensure you receive the best treatment possible, and the most comprehensive treatment plan for your recovery.

After the assessment, the patient will get a doctor to supervise their withdrawal. Though detox is often uncomfortable due to withdrawal, much of that is mitigated by medications that are prescribed to the patient. There isn’t a set time for the duration of detox, as it all depends on the types of substance(s) a patient abused, and the amount of abuse. In some cases, it can last as short as a week.

Exercise is a vital component of detox. Though you might feel more like staying in bed than working out, it’s important to get up and be active. Exercise decreases stress, anxiety, and depression, and helps reduce mood swings.

Should Someone Detox on Their Own?

Medical professionals strongly advise against detoxing on your own. Instead, you should enroll in a live-in, medically supervised facility. A substance abuser’s body can have adverse reactions to detox, and they may need medical attention if anything goes wrong. With alcoholism especially, self-detox can be dangerous because the reasons many alcoholics drink are tied to their interpersonal relationships. It is best for these people to be in a medically supervised facility when they stop drinking because they will be surrounded by a staff of professionals where they can receive communal support.

How Much Does Detox Cost?

Drug and Alcohol detox treatment costs can fluctuate, depending on the center and the type of services they offer. However, most treatment centers provide a variety of payment options. Most insurance companies cover treatment, and many states offer treatment to those who can’t afford it. If you have any questions regarding detox and rehab in Arizona, give us a call. Our trained experts are standing by to answer all your questions and help you get the care you need! (480) 378-0660.