Drug and Alcohol Abuse in Scottsdale

Since then, Scottsdale has grown to become a preeminent tourist spot of the west, featuring numerous luxury resorts, golf courses, art galleries and fashion boutiques. It is also a great place to travel to if you’re looking for treatment for drug or alcohol abuse.

Due to its proximity to the Mexican border, where drug trafficking is rampant, Arizona has some of the highest statistics regarding drug and alcohol abuse in the nation. According to the Centers of Disease Control and Prevention statistics for 2007-2008, Arizona rates higher than the national average for drug-induced deaths. Arizona was also one of the top ten states for the rate of drug use other than marijuana among young adults ages 18-25. Approximately nine percent of Arizona residents reported using illicit drugs within the last month. The national average for this statistic was eight percent. Arizona also exceeds the national average for the rate of drug-induced deaths at 15.5 per 100,000 people (the national rate is 12.7 per 100,000). To compare it with other death statistics, 981 people died in Arizona from drug-induced deaths in 2007, while 1,104 were killed by motor vehicle accidents, and 951 people were killed by firearms.

The “12 Steps” is a philosophy and a process of steps that were devised by Alcoholics Anonymous that recovering addicts “work through” to make recovery possible. Although they were created by AA, the steps apply to alcohol and drug addictions as well as other addictions like gambling, sex addiction, and pornography. The steps include:

1. We admitted we were powerless over alcohol – that our lives had become unmanageable.
2. We came to believe that a power greater than ourselves could restore us to sanity.
3. We made a decision to turn our will and our lives over to the care of God as we understood him.
4. We made a searching and fearless moral inventory of ourselves.
5. We admitted to God, to ourselves and to another human being the exact nature of our wrongs.
6. We were entirely ready to have God remove all these defects of character.
7. We humbly asked him to remove our shortcomings.
8. We made a list of all persons we had harmed, and became willing to make amends to them all.
9. We made direct amends to such people wherever possible, except when to do so would injure them or others.
10. We continued to take personal inventory and when we were wrong promptly admitted it.
11. We sought through prayer and meditation to improve our conscious contact with God as we understood him, praying only for knowledge of his
will for us and the power to carry that out.
12. We having had a spiritual awakening as the result of these steps, we tried to carry this message to alcoholics and to practice these
principles in all our affairs.

The first six steps involve surrender, admitting one has an addiction, and asking help from God to restore their lives. The 12 steps were initially created as a Christian tool, and have become successful among those who don’t believe in God. The references to a higher-power can be translated to mean any power more powerful than oneself. For example, a support group, the family, and group therapy are higher powers. Powers that that will hold you accountable and one from which you can draw strength and support.

The remaining six steps are focused on a personal accountability, making amends for past wrongs, and calling upon spiritual strength to help you prevent a relapse.

Many addicts who have successfully conquered addiction have worked the steps more than one time before finally defeating their addiction. This is normal. It is also beneficial to a recovering addict as it creates and repeats positive patterns of accountability, responsibility, self-love and spirituality into their lives.

Addiction is a Disease

The medical community has transformed over the last decade to fully accept that addiction is a disease. This realization has had a positive impact on the way addictions are treated. Even though addiction is a disease, the warning signs may not always be evident to the addict. This can make it even more difficult for an addict to quit using, and to realize exactly how harmful their addiction is to themselves and to other people. The most obvious warning signs are that the addict will feel sick when they stop using a substance, and that they need more and more of a substance to achieve the same desired effect. Additional warning signs can include using to relieve stress, driving while under the influence, and using to hide stress from family members or coworkers.

The first step for addicts seeking treatment is detoxification. Detox is the treatment process where an addict enrolls in a medically monitored inpatient care facility to cleanse their body of the toxins they have been addicted to and to clear their mind in preparation for rehab to begin. A natural byproduct of detox is withdrawal. Withdrawal occurs when an addict stops using the mind-altering substance they are addicted to. Withdrawal compels the body to continue use by symptoms that range from mild cravings to intense desires and a feeling of sickness. Alcohol withdrawals can be extremely dangerous, and may result in seizures and possibly death. The way withdrawal works is that when an addict stops using, their brain stops releasing the feel-good neuro-transmitters that get them high. It can take weeks for the brain to naturally produce neuro-transmitters, and without them, people will have a sense of depression and lethargy, which compels them to keep using the substance to maintain their high. Withdrawals can also be physical as is the case with heroin and alcohol withdrawal. Detox helps addicts through their withdrawal symptoms, and medical professionals can also prescribe medication to relieve the more severe withdrawal symptoms.

One of the most successful means of recovery is traveling outside of your city or state for treatment. Traveling to an inpatient center separates substance abusers from the harmful conditions, people and environments that can lead them to use. It also helps addicts clear their minds and get away to find a fresh start.

Traveling for treatment also provides a recovering addict the benefit of anonymity. There is less chance of them running into friends or coworkers who may not know they are struggling with addiction. Many rehab centers are located in peaceful and serene areas, like Scottsdale, Arizona, that can also provide a sense of vacation to a recovering addict who travels for treatment.

Family members and friends of drug and alcohol abusers can feel powerless when it comes to helping their loved one. There is a way to help someone suffering with addiction, by starting an intervention. An intervention is a gathering of friends and family members with the goal of convincing the addict to get help for their disease. Intervention is a non-judgmental, non-confrontational approach that affirms to your loved one that they are cared for, so they can feel empowered and supported to get the help they need. Our intake specialists are standing by to guide you to creating your own intervention in Scottsdale, AZ, based on compassion, love and care.

Get the Help You Need Today!

One of the greatest challenges for a substance abuser is merely asking for help. It takes tremendous courage, honesty and humility to admit that they have a problem and to ask someone for help with it. If you are battling with drug or alcohol abuse, take courage. Every addict who has completed recovery did so after falling many times first. It’s part of the process. Recovery is a journey, but you can get help and overcome your addiction. Every day, all across the nation, addicts are achieving victory over their disease. They are graduating from recovery programs, completing rehab, finishing their steps, leaving half-way houses and returning to healthy, happy lives free of the shackles of drug and alcohol addiction.

If you’re in Scottsdale or the Phoenix area, give one of our specialists a call. We’ll be happy to answer any of your questions about drug and alcohol addiction, rehab, detox, aftercare or intervention. Start your recovery now and give us a call at (520) 200-7111. 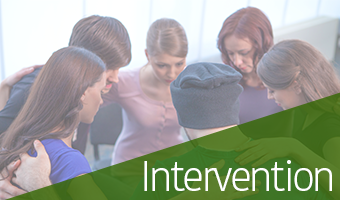 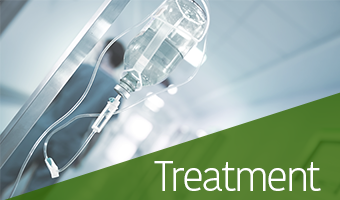