Teenage overdoses are an incredibly serious problem for Arizona. In 2018, approximately 1,748 Arizonans experienced drug overdoses. Further, in 2019, that number rose to 1,987 people experiencing drug overdoses. On a larger scale, 28,400 Americans died from fentanyl overdoses in 2018. While overdosing any drug can be dangerous, overdosing on a drug laced with fentanyl can often become deadly. Fentanyl is dangerous because it is so potent. According to the National Institute on Drug Abuse, fentanyl behaves similarly to morphine. However, fentanyl is 50 to 100 times more potent. Further, Arizona’s Department of Health Services determined that fentanyl drug overdoses caused the most deaths. Of the Arizona fentanyl overdoses, 62% were not fatal and 39% were fatal.

Additionally, the problem worsens when Arizona teens unknowingly take fentanyl. According to the Arizona High Intensity Drug Trafficking Area (AZ HIDTA) Investigative Support Center, fentanyl is responsible for 28% of Arizona teenage overdoses. Further, synthetic opioid (which includes fentanyl) overdoses increased by 270% between 2015 and 2017. In 2015, there were 72 deaths per 100,000 people. However, in 2017, there were 257 deaths per 100,000 people.

Moreover, AZ HIDTA published a report in December 2019. The report recounts several instances of teens taking what they believe to be oxycodone. However, the drug turns out to be laced with fentanyl. In the first three months of 2019, law enforcement responded to 16 drug overdoses. According to the report, most of these Arizona teenage overdoses involved teens who had unknowingly taken fentanyl. Often, other teens had sold the drugs to the using teen. Clearly, fentanyl consumption is a problem in Arizona that often leads to teenage overdoses. If you or a loved one needs more information about fentanyl and its effects, please call today at (480) 378-0660.

The Role of Drug Cartels

Port director John Schwamm, who is over the San Luis, AZ (US) and San Luis Rio Colorado, Sonora (Mexico) border, believes drug smuggling is somewhat to blame. Schwamm said that the fentanyl smuggling problem on the border has been “perpetually growing” in recent years. In fact, news outlet AZ Central claims that “fentanyl seizures are highest along the Arizona border.” In 2019, border agents seized 825 pounds of fentanyl at Arizona’s six border crossings. Due to the rise of smuggled fentanyl-laced opioids, users call the mixed substance Mexican Oxy.

Additionally, AZ Central‘s investigation found that teenagers in Yuma, AZ and other border cities often get caught up in drug cartels. According to Schwamm, drug cartels often recruit high school students of ages 14-18. County attorney John Smith said recruiters would feed students the lie that since they’re teenagers, they wouldn’t be persecuted. However, many teenagers have ended up in juvenile detention centers for their complicity in smuggling drugs. Further, in some places, teens who are 17 and older can be tried as adults, which means they can end up in prison rather than a juvenile detention center. Clearly, teenage fentanyl overdoses and fentanyl smuggling are two serious problems for Arizona. In order to learn more about why this issue is so pressing for people in Arizona, we can learn more about fentanyl and why it’s so harmful. 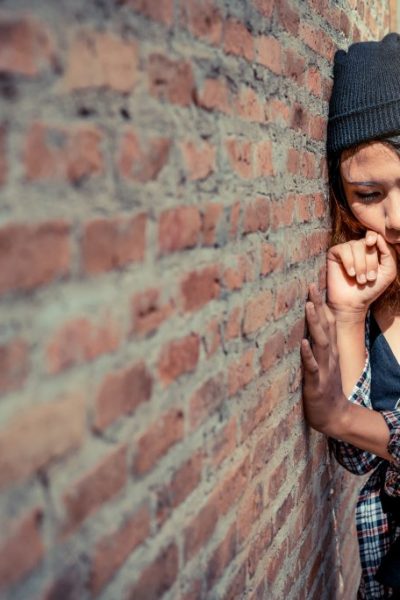 What is Fentanyl and Why is it so Dangerous?

As we have previously discussed, fentanyl is a synthetic drug that is more dangerous than any other opioid. Although it behaves like morphine, it is 50 to 100 times more potent. Additionally, fentanyl is more dangerous than heroin and methadone. People use fentanyl in several different ways. Sometimes, providers sell fentanyl as a patch that users wear on their skin. Other times, the drug can come in spray, pill, powder, or blotter paper forms.

Let Us Help With Your Next Intervention

FENTANYL IS THE DEADLIEST OPIOID

Each year, more and more people abuse fentanyl. According to the Substance Abuse and Mental Health Services Administration, about 228,000 people abused fentanyl in 2016. Although this only makes up .1% of the population, several more people are likely impacted by fentanyl than this estimate indicates. For instance, this number doesn’t include those who used fentanyl made in illegal labs. Additionally, this number does not include those who unknowingly use a drug that is laced with fentanyl.

HOW FENTANYL AFFECTS THE BRAIN

Similar to heroin, morphine, and other opioids, fentanyl works by binding the body’s opioid receptors. Those are found in areas that control emotions and pain. Like other drugs, people can develop tolerance to the drug. This means users need to increase their dosage and frequency in using in order to get the same physical and emotional sensation when using. Developing addiction can also mean that users have trouble deriving pleasure from anything except the drug. Some of fentanyl’s effects include problems breathing, unconsciousness, extreme happiness, nausea, confusion, or sedation.

WHAT HAPPENS DURING A FENTANYL OVERDOSE

When someone overdoses on a drug, it means that the drug produces serious negative effects and life-threatening symptoms to the person who has used the drug. During a fentanyl overdose, the user’s breathing can slow or stop. When this happens, the amount of oxygen reaching the brain decreases. This is a condition called hypoxia, which can lead to a coma or permanent brain damage. Therefore, even if a fentanyl overdose doesn’t lead to death, it can lead to lasting negative consequences.

Teenagers around the world are abusing fentanyl and many are even dying from the drug. However, although this is a problem throughout the US, this is especially a problem in Arizona. For example, one teen from Cottonwood, AZ died from a fentanyl overdose in 2019. Although investigators couldn’t verify this, they suspected that the teen had also been selling fentanyl. As discussed previously selling and using fentanyl often goes together.

However, teens also can get fentanyl legally and end up abusing it. For example, 2.8% of American teens ages 12-17 said they had abused a prescription painkiller between 2018 and 2019. Since fentanyl is most often prescribed to adults with very serious diseases, teens do not come by fentanyl this way very often. Contrarily, teens more often find access to prescription fentanyl by stealing it from a family member or buying it in the black market. Regardless of how a teen comes across fentanyl, using the drug is very dangerous and has serious implications.

How You Can Find Treatment

Although the realities of drug smuggling and overdose can feel bleak, many programs in Arizona work to educate teens. For example, Yuma Union High School District spokesman Eric Patten has organized presentations where the district and law enforcement agencies speak directly to students. Border Patrol also gives presentations on drug trafficking, human trafficking, and public health that inform students of the dangers of smuggling and using drugs. Additionally, high schools near the border such as San Luis High School old workshops to inform parents and students about the dangers of fentanyl. However, educators recognize that understanding these issues needs to start at home. “… This isn’t just the school’s problem. It isn’t the police’s problem. It’s a home problem…a health problem…and a socioeconomic problem. There’s a lot of factors that go into it needing to be solved,” Patten explained.

One of the most effective ways to help a child suffering from a fentanyl addiction is to help them enroll in an addiction treatment. Although educational resources can help, treatment serves them in ways that education can’t. If you live in Arizona and you would like to learn more about fentanyl or addiction treatment, please call us at (480) 378-0660.